Wootton Saves the Best for Last

Queenslander Gavin Wootton put in an incredible performance on Saturday night to win the Northern Territory AMCA National Title at Darwin’s Northline Speedway, which also turned out to be his feature-race win.

Wootton, who has been racing AMCA Nationals for just over one season, impressed spectators and drivers alike when he managed to steer his Qld # 66 Domino’s Pizza-backed car from the back of the field to victory to clinch the NT Title, ahead of Jacob Belcher and Dale Roberts in second and third respectively.

“For my first feature-race win to be a state title was absolutely incredible,” expressed Wootton, who had travelled almost 3,000km from Rockhampton in Queensland to Darwin in the Northern Territory.

“It was a difficult start to the night when we broke an axle and also had a tough two previous nights, but thanks to Brendon (Kenna) who lent me a spare axle, we were able to get back out on track and went on to score the win. I definitely owed Brendon a few bottles of whiskey after that!”

The 25-lap feature race got off to a rough start, with an incident in the opening lap, which brought Wootton up to the second row for the restart. He quickly managed to pass Jacob Belcher for second and by lap eight he had passed Roberts for the lead. By the completion of the action-packed feature race, Wootton had lapped up to third and took the victory by half a lap over his opponents. 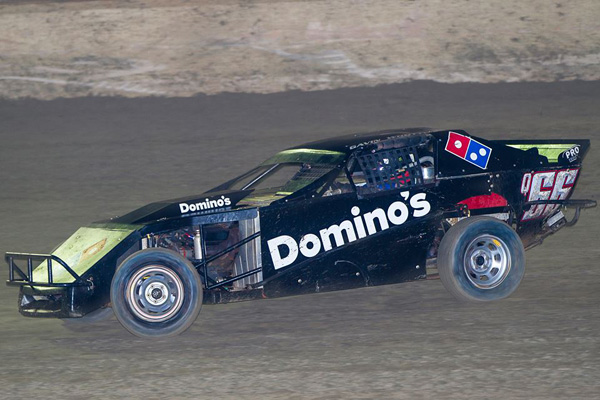 The hard-luck stories of the night were Dave Munro and Jeffrey Tiedeman, who were unable to start the feature race due to mechanical problems.

Heat-race wins went the way of Jacob Belcher and Harding.

The Darwin Cup was also awarded on Saturday night and was decided by points accumulated throughout the three AMCA National events. Roberts led home Kenna and Munro in the Darwin Title, while Jacob Belcher won the Preliminary NT Title feature race, followed by Roberts and Harding. Overall, it was Roberts who was awarded the Darwin Cup on 184 points, ahead of Jacob Belcher (161) in second and Kenna (156) in third.