A stout field of local contenders will attempt to fend off a formidable line-up of interstate invaders when they take to the Kalgoorlie International Speedway track this weekend in search of Australian AMCA Nationals Title gold.

The talented interstate contingent, which includes three state champions, will make the trip west from throughout South Australia, the Northern Territory, Queensland, Victoria and Tasmania in an effort to take top honours, while 17 locals will ensure they are met with a tough defence.

Leading the charge for the interstaters will be defending Australian Champion Matt Hardy (Qld), who is currently in the best form possible to defend his crown, having recently taken out the NSW Title at Gilgandra Speedway. The current Queensland Champion has been in dominant form throughout the 2016-17 season and will be difficult to overthrow when he shoots for back-to-back Australian Titles.

As the only interstate drivers with previous experience at Kalgoorlie International Speedway, recently-crowned Victorian Champion Jamie Collins (Vic), who also finished runner-up to Hardy in the NSW Title, and Tim Reidy (Vic) will be hoping to utilise their knowledge of the 510-metre track to vie for the top spot, with Reidy having finished second in last season’s WA Title at the clay surface venue and Collins finishing fourth. 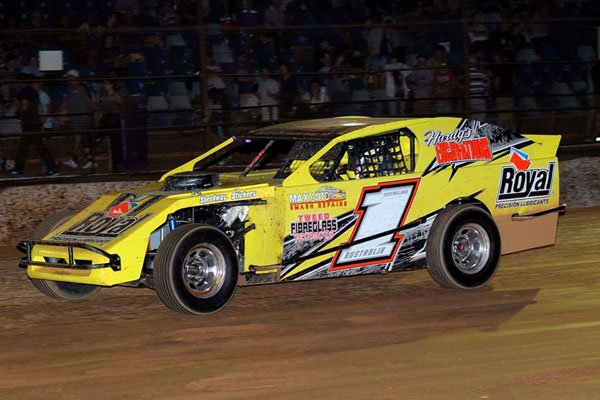 Current and three-time consecutive Tasmanian Champion Daniel Brooks (Tas) knows what it takes to win races and will be hoping to make amends after disappointing DNFs in last season’s Australian Title event, as well as the recent NSW Title.

The local favourite is without a doubt David Boyes, who proved that the home track advantage counts, when he powered to victory in last season’s Western Australian Title at Kalgoorlie International Speedway. A consistent front-runner throughout Western Australia, Boyes will no doubt be difficult to beat, as will former Australian Late Model Champion Brad Ludlow, who has also joined the roster. 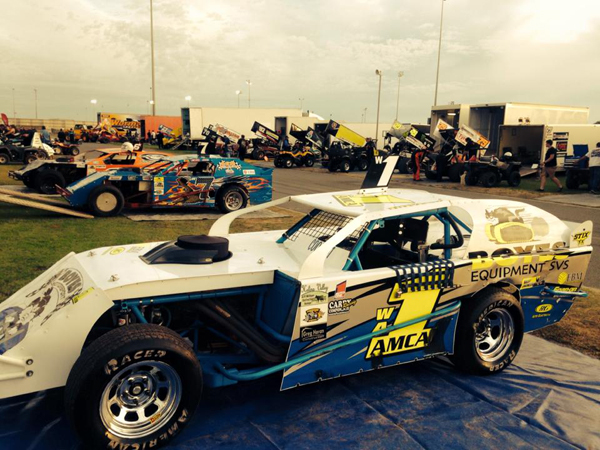 Followed by scrutineering and the Calcutta on Friday night, the format for the Australian Title will see drivers contest three rounds of qualifying heat races on the Saturday night, with the remaining heat race, the 20-lap B main, and the 40-lap Australian Title-deciding feature race on the Sunday night.