A truly national field of drivers are preparing for battle this Friday and Saturday night at Ballarat’s Redline Raceway in Victoria, where they will compete for top honours in the 2017-18 season Australian AMCA Nationals Title.

Returning to what has been a happy hunting ground for him in the past, having taken out last season’s Victorian Title at the Ballarat track, Geelong’s Jamie Collins is expected to fare well and will be hoping to go one better this time around, after coming home in the runner-up spot last season for the second time in his career.

Another regular front-runner throughout Victoria, Dean Heseltine will be hoping to capitalise on his knowledge of the track throughout the Australian Title weekend, as will Grant Cullinger, Paul Sullivan, Mills brothers, Mathew and Jamie, Sharon Tindal, Bill Lodwick and former Victorian Champion Darren ‘Plugger’ McCarthy.

Making the long trip east to fly the flag for his state, David Boyes will surely be out to prove that last season’s third-place finish was no fluke, while fellow Western Australian representative Greg Horan will be hoping for a strong qualifying result. 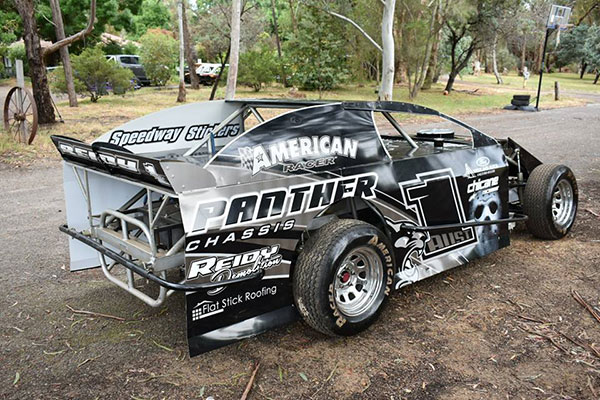 Heading up the Queensland contingent will be Matt Hardy, who has one aim for the weekend and that is to reclaim the Australian Title crown, after winning the 2015-16 running of the event at Lismore Speedway in NSW. Placing fourth in Australian Title, Hardy also managed to take out last season’s Queensland and NSW Titles and is certainly not to be discounted.

From South Australia, Jeremy Moore is going to be one to watch, having previously finished amongst the top-five in numerous title events. Jason Robinson, Lachie Gwynne, Leanne Turner and Kelsey Allen will also be hoping to do their state proud.

Making their way to Redline Raceway from the Northern Territory, youngster Jacob Belcher, who placed second in last season’s NT Title, is aiming to prove himself up against the rest of the stout Australian Championship field.

The 2017-18 season Australian Championship will commence this Thursday (January 25) with scrutineering and the calcutta, followed by three rounds of heat races on Friday night (Australia Day). Saturday night will see drivers contest the remaining round of heat races, followed by a C main, B main and the 40-lap Australian Championship-deciding feature race.