Carrying added confidence into the event off the back of a pleasing runner-up finish in last month’s Australian Championship, the Geelong, Victoria-based racer managed to keep his composure after inheriting the lead on lap eight of the 30-lap South Australian Title-deciding feature race. With lady luck smiling down on him, the current Victorian Champion went on to take a comfortable win, reclaiming the South Australian Title crown, having previously won the 2013-14 season running of the event at Murray Bridge Speedway. 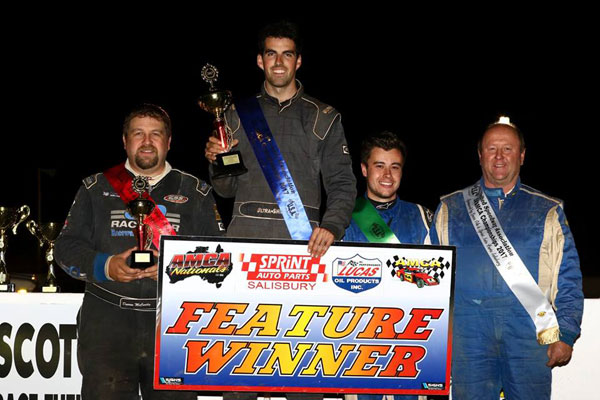 It was a disappointing end to what had been a positive night for pole-sitter Jeremy Moore (SA), whose South Australian Title hopes were dashed on lap four while leading the feature race, due to ignition issues which he’d been battling throughout the night.

After inheriting Moore’s lead, Shane Newstead (NSW) suffered a similar fate, with his race coming to a premature end on lap eight, gifting the lead to Collins. Second-place starter Daniel Brooks (Tas) quickly retired to the infield on the opening lap, due to a mechanical issue, with newly-crowned Australian Champion Tim Reidy also recording a DNF in the latter stages of the feature race.

Both Moore and Brooks doubled up in the earlier heat races, scoring two wins apiece, while Benny Aworth (Vic) and Armstrong also collected a heat-race win each.

The final major AMCA National event for the 2016-17 season will be at Rockhampton’s Rocky Speedway on the Saturday night of May 6 for the running of the Queensland Title. 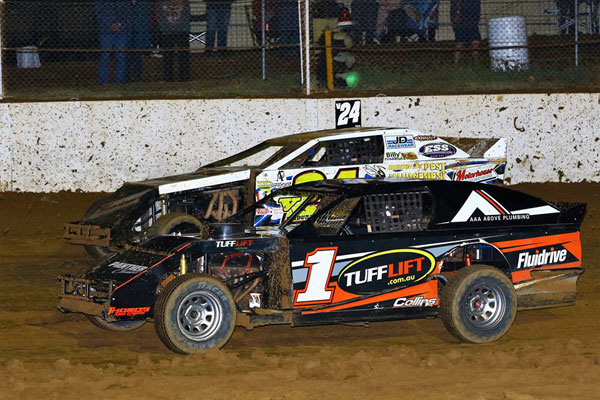