A bolstered field of 25 AMCA Nationals drivers turned out at Moama’s Heartland Raceway last Saturday night for the 2019-20 season running of their NSW Title, and it was home-state representative Tony Blanch who managed to snare the crown after a hard-charging performance.

With last season’s NSW Title now having been run, this season’s running of the event was guaranteed to be an exciting and hotly-contested event, with the NSW contingent eager to overthrow the interstate invaders to keep the champion mantle in their own state.

Following a strong qualifying performance that saw him earn the pole position start for the 30-lap NSW Title-deciding feature race, the pressure was on for Blanch to hold his line and launch himself into the lead at the drop of the green flag with former Australian Champion Tim Reidy (Vic) lined up on his outside. 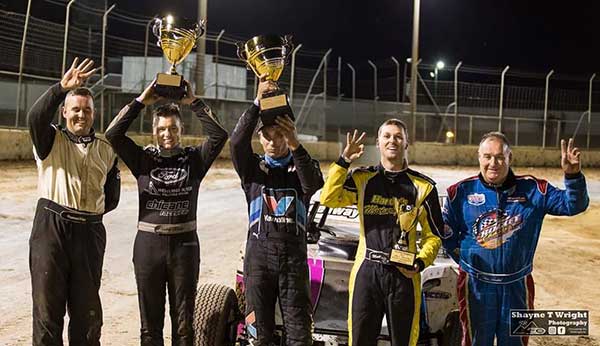 Hold his line Blanch certainly did, delivering a stellar drive which ultimately rewarded him with the title honours, forcing Reidy to retain his starting position and settle for the runner-up spot. Third place also remained unchanged, with current Australian Champion and defending NSW Champion Matt Hardy (Qld) rounding out the top three.

Fellow New South Welshmen Raymond Kime, who is the current NT Champion, and Shane Newstead were the next to greet the chequered flag, completing the podium, while Thomas Vickery (Qld), Shane Cartwright (NSW), Paul Sullivan (Vic), who was the highest-placed B main transferee, Darren McCarthy (Vic) and Jacob Belcher (NT) filled out the top 10.

It was an unfortunate night for Nathan Tomkins (Qld) and Dean Heseltine (Vic), who qualified seventh and eighth respectively for the feature race, along with Shane McPhee (NSW) and Keenan Casey (Vic), all of whom ended up on the infield.

Earlier in the night, Matt Hardy was the only driver to score two heat-race wins, with remaining wins going the way of Russ Hardy, Blanch, Reidy, Tomkins, Vickery, Casey and Sullivan.

During the B main, Sullivan continued his winning form to come out on top and cement his transfer spot into the feature race, along with fellow feature-race transferees Casey, Howard, McPhee, Gutierrez and George. 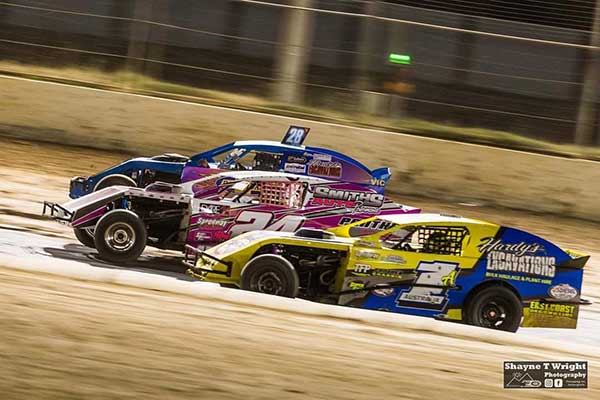 The next title event for AMCA Nationals is set to take place on the Saturday night of February 8, with the Tasmanian Title at Carrick Speedway.