Blair the Best in Tas Title

There is no question that Daniel Brooks and Andrew Ryder have been the form AMCA National drivers in Tasmania over most of the past decade, but last Saturday night at Carrick Speedway there was a new driver that has entered the fray in Rohan Blair who claimed the Tasmanian Title spoils.

In recent seasons, Blair has been right up with the likes of Brooks and Ryder, but on Saturday night, he reached a whole new level by dominating the Tasmanian Title deciding feature race from start to finish, with four-time Tasmanian Champion Brooks and defending Tasmanian Champion Ryder following him across the finish line in second and third place respectively. 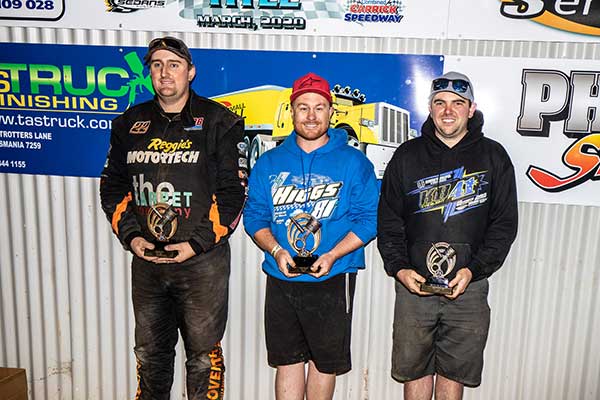 After starting from position two in the feature race, Blair managed to get the jump on the field and went on to set the pace for the entire 30-lap distance. Despite a race that was riddled with various caution periods and the constant threat of pole sitter Brooks up until the closing stages, Blair managed to score his maiden Tasmanian Title triumph in the AMCA National class.

Finishing just outside of the podium finishers in fourth Ellis Dickenson, who finished ahead of Adrian Bassett, Anthony Wagg, Matthew Smith, Timothy Tubb, and the final finisher Leigh Piper in ninth place.

The event’s lone interstate challenger was Victorian Tim Reidy, who was chasing the only AMCA National title event that he has never won in his illustrious career, the Tasmanian Title. Unfortunately, after performing strongly in the heat races, he was unable to take his place in the feature-race field, due to suffering a gearbox failure in the pit area just prior to the commencement of the feature race. 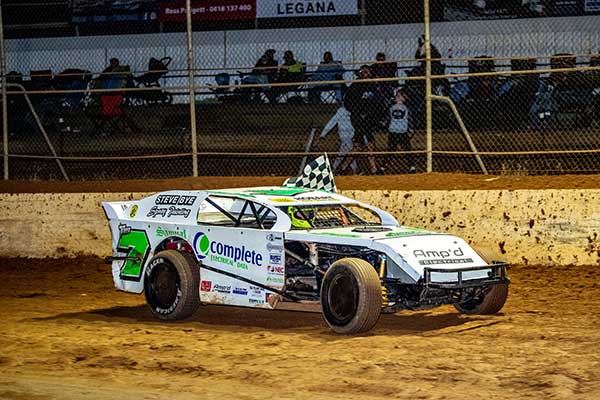 Joining Reidy in the unlucky stakes and being unable to start the feature race were Rodney Bassett, Jake Briggs, Jordan Nossiter and Tarkyn Force.

Earlier in the night, the heat-race wins were shared between Anderson, Blair, Ryder, Reidy, Wagg and Brooks.

The next major 2019-20 season event on the AMCA Nationals calendar is going to be the South Australian Title that is going to be held on the Saturday night of February 29 at Murray Bridge Speedway.