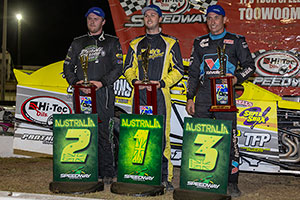 While a bumper field of 40 AMCA National drivers were hot in contention for victory during last weekend’s Australian Title at Toowoomba’s Hi-Tec Oils Speedway, it was former champion Matt Hardy who put his skills as a driver to the test, managing to conquer them all.

Heading into the 40-lap feature race, one could be excused for not counting Hardy as one of the favourites, given that he was set to start the race from deep in the field out of position 11. However, the 2016 Australian Champion refused to let that hinder his chances.

Australian Title Glory Up for Grabs 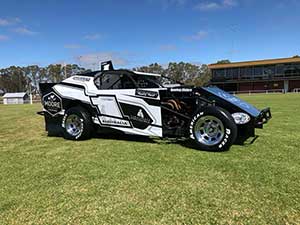 With each state and territory represented, this Friday and Saturday night will see a quality field of drivers converge on Toowoomba’s Hi-Tec Oils Speedway, where they will attempt to stop defending champion Jeremy Moore from scoring back-to-back Australian AMCA National Title victories.

Having earned the Australia # 1 mantle last season at Ballarat’s Redline Raceway in Victoria, before going on to claim top honours in both the Victorian and NSW Titles during what was a stellar 2017-18 season for him, Moore, from South Australia, will be difficult to beat when he takes to the track this weekend amongst the tough 40-car field, but with drivers such as Tim Reidy (Vic) in attendance, he certainly won’t be an easy task. 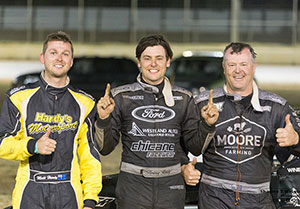 Following a consistent performance throughout last Saturday night’s Victorian AMCA Nationals Title at Moama’s Heartland Raceway, it was Tim Reidy who emerged victorious, adding yet another entry to his significant list of title wins.

With no less than 14 title wins under his belt prior to last Saturday night’s event, the former Australian Champion was thrilled to claim title # 15; however, it wasn’t all smooth sailing for him in the 30-lap feature race.

A force to be reckoned with throughout the entirety of the event, ex-NT resident and recently-crowned Darwin Champion Gutierrez, from Muswellbrook in the Upper Hunter region of NSW, proved too strong, clean sweeping each of the three heat races and qualifying on pole position for the 25-lap NT Title-deciding feature race.

AMCA Nationals on the Front Foot 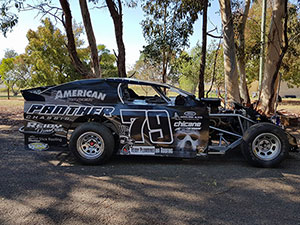 In an effort to modernise the class and make it easier for drivers to complete maintenance on their cars, AMCA Nationals is excited to announce that a brand-new purpose-built front end will soon be available for purchase.

With cars currently running Holden HQ front ends, which are becoming increasingly harder to find and often take considerable time to customise, AMCA Nationals wanted to create a cost-effective alternative for drivers that would help to bring the class up to date, with many other speedway class’ running interchangeable off the shelf parts, as well as significantly reducing the time spent on changing these parts. 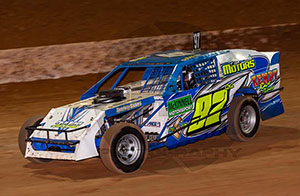 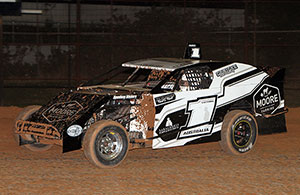 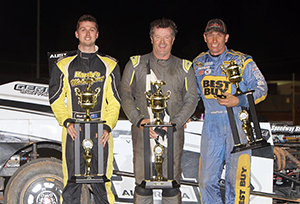 With both the Australian and Victorian AMCA National Titles to his name this season, Jeremy Moore added yet another title to his resume – this time it was last Saturday night’s NSW Title at Sydney’s Valvoline Raceway.

Moore, who is from Kybybolite in the south-east of South Australia, entered the feature race as the highest point scorer following a win, a second and a third placing from his three heat races, survived a frantic opening lap which saw a few of his rivals eliminated as the result of a crash.

After leading away at the restart, Moore found himself back in second place, losing the spot to defending NSW Title holder Matt Hardy. Moore then played the patience game and with 10 laps remaining, made the move back into the lead. He then led the remaining laps to record an exciting win as the margin of victory was just 0.2 of a second.